You are here:
Company news 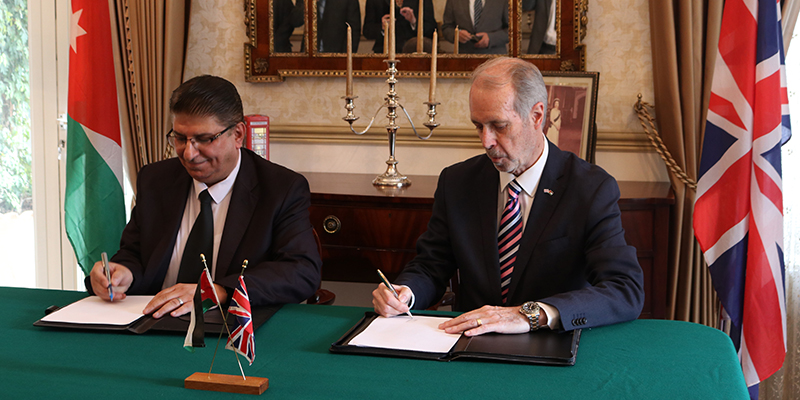 We are incredibly proud to announce that Jordan Phosphate Mines Company (JPMC) has chosen Solar Water Plc to supply freshwater to its phosphates plant on the Gulf of Aqaba.

For the next 25 years, freshwater will be supplied by a 40m Solar WaterTM desalinator dome, positioned right next to the JPMC plant. Work will start this spring, and we expect the desalinator to begin supplying freshwater by mid-2021.

The securing of the JPMC contract marks an especially proud moment for Solar Water Plc. It is fantastic that our first Jordanian based contract is with Jordan’s largest exporter.

Solar Water Plc has enjoyed powerful support from the British Embassy and local branch of the UK Department of International Trade in Amman, which held a ceremony on 4th February to celebrate one of the largest UK technology exports in recent years.

Solar Water Plc’s CEO, David Reavley said:
“We are proud of our Jordanian partnership with JPMC, Jordan’s largest exporter. This is sustainability in action, solving freshwater needs through our uniquely carbon neutral technology. We are committed to solving some of the freshwater shortages answering the global call for zero carbon neutral solutions in the provision of freshwater. We look forward to further involvement with Jordan and its people.”